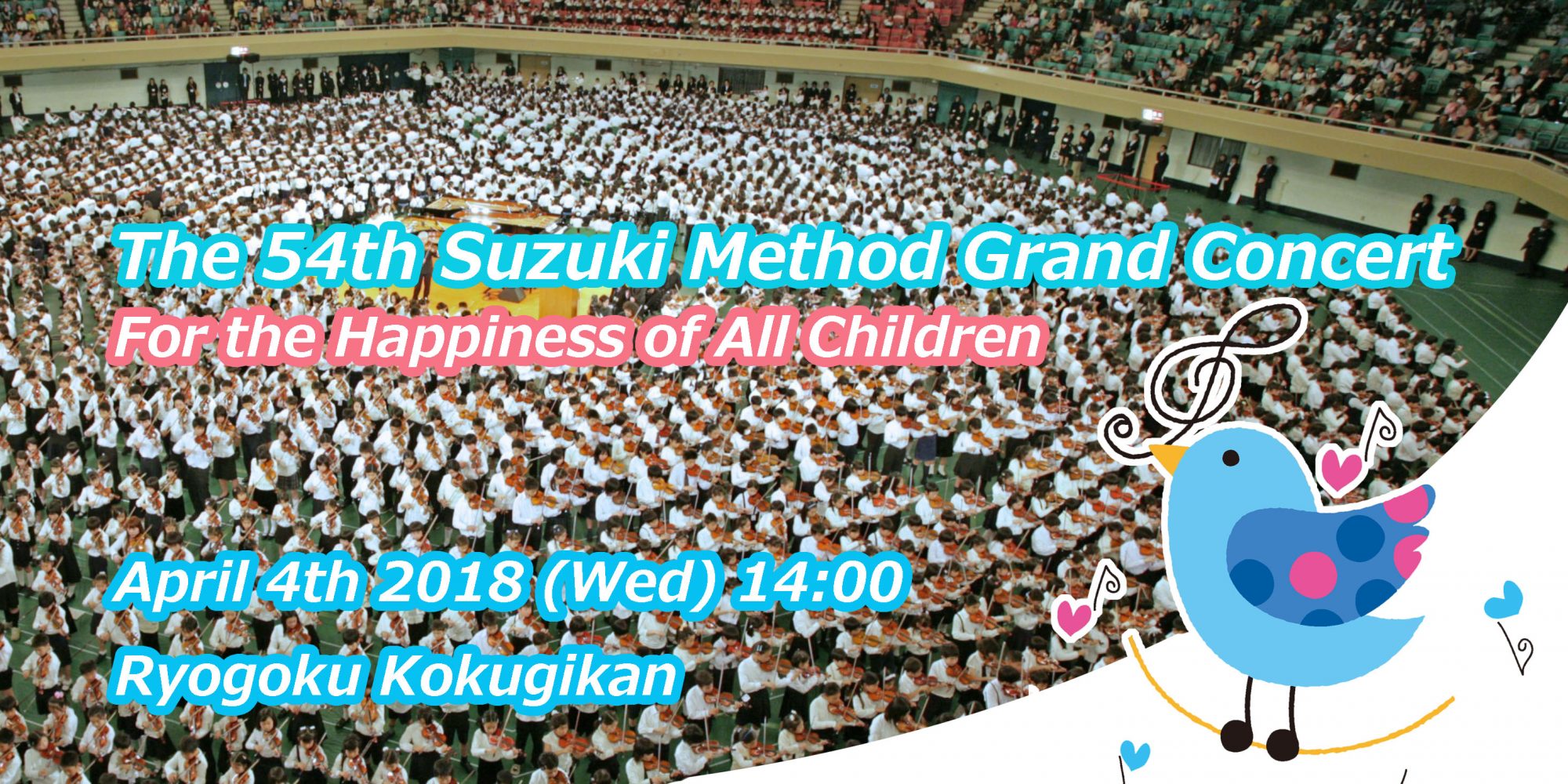 Sorry, registration for the Grand Concert is now closed

2018 is the 120th anniversary of the birth of Dr. Shinichi Suzuki. On April 4th of this special year, TERI will hold the 54th Grand Concert.
It has been 9 years since the last Grand Concert took place. In 2011, we suspended the 53rd Grand Concert because of the Great East Japan Earthquake and tsunami on March 11th. This time, we are planning to perform with the Children’s Orchestra of El Sistema Japan, which was founded in 2012 to support the children affected by the disaster.
It has been a long time since children have had the opportunity to share the moving experience of the Grand Concert, so I hope many will come and share this experience.